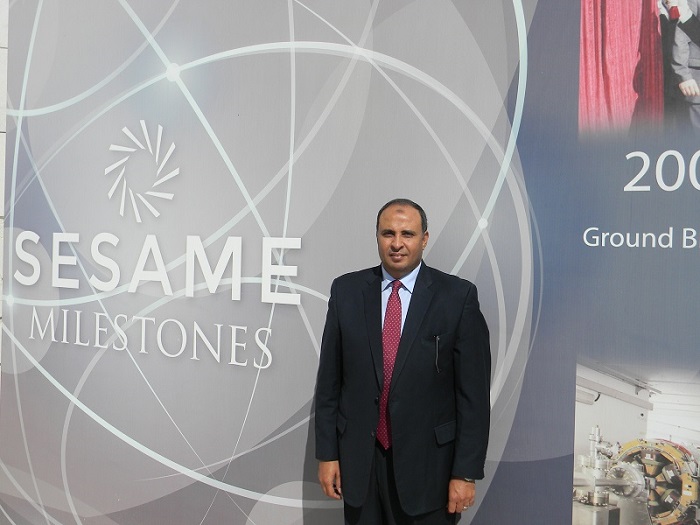 SESAME, which is the first synchrotron light source in the Middle East and neighbouring countries and has now received its first users, has recently appointed Professor Walid Zidan as its new Administrative Director.

Professor Zidan, who took on this position at the beginning of this month, holds a PhD in chemical engineering from Alexandria University (Egypt), and has extensive experience in science and monitoring science and technology developments at national and international levels. He has 25 years experience in the public sector, starting from the Egyptian Atomic Energy Authority (EAEA) in 1993, moving on to also include the Egyptian Nuclear and Radiological Regulatory Authority (ENRRA) in 2012. For the seven years from 2007 to 2014 he was Supervisor of the Egyptian System for Nuclear Material Accounting and Control of the EAEA and ENRRA. From 2012 to 2014, he was then Head of the Nuclear Safeguards and Physical Protection Department of ENRRA, and in 2014, he became Vice Chair of ENRRA, as well as Rapporteur and National Coordinator of the Supreme Committee of Nuclear and Radiological Emergencies, two positions that he held until 2017 when he was appointed Vice Dean of the Division of Regulations and Nuclear Emergencies and Head of the Nuclear Safeguards and Physical Protection Department both of ENRRA.

As Administrative Director, Professor Zidan will provide the overall administrative and financial management of SESAME. Together with the other members of the Directorate he will build on the existing organizational structure to harmonize it with the operational phase being developed, formulate policies and develop innovative approaches and strategies to strengthen the efficiency and effectiveness of SESAME’s programmes, and he will act as focal point on management and administrative issues for representatives of the Centre’s Members, donors, international organizations and laboratories for the mobilization of resources for SESAME’s programmes.