This beamline is a completely new beamline. It was designed and built in collaboration with the French Soleil Synchrotron. It is SESAME’s second operational beamline, and it joins an X-ray beamline that saw first light on 23 November 2017. The addition of the IR beamline will enable the application of infrared microspectroscopy and imaging in a wide range of fields, including surface and materials science (e.g. characterization of new nanomaterials for solar cell fabrication and for drug delivery mechanisms), biochemistry, archaeology, geology, cell biology, biomedical diagnostics and environmental science (e.g. air and water pollution)

“I’ve been waiting a long time for this moment,” said Gihan Kamel, SESAME’s IR beamline scientist. “It’s very satisfying to see light in the beamline, and to be able to start doing research here that we previously had to travel to Europe to carry out.”

In preparation for the SESAME research programme, a number of thematic schools are being held across the region in a collaboration involving SESAME and European partners including the European Union through its Open SESAME project. One of these was held at SESAME earlier this month, covering science on the IR beamline. Students came from across the region and learned techniques ranging from sample preparation to data analysis.

“The infrared beamline has a mouth-watering research programme lined up,” said SESAME Scientific Director Giorgio Paolucci, “and it is great to see so many young people from across the region preparing to embark on careers in science.”

Since the X-ray beamline, known as XAFS/XRF[2], saw first light in November, progress has been made on ramping up the beam intensity towards the design value of 400 milliamps (mA). From the 80 mA achieved in November, the intensity has risen to 200 mA today, sufficient to allow research to get underway.

“The coming together of a state-of-the-art scientific facility with the rich cultural heritage of this region is transformational for my research,” said SESAME user Kirsi Lorentz of the Cyprus Institute. “My work as a bioarcheologist examining ancient human specimens brings people together from across the region and puts them in touch with their ancestors, and the addition of the IR beamline is a great boost for this.”

Until the coming into operation of the IR beamline, scientists visiting SESAME were using a conventional IR source that had been purchased in 2013 to jump-start research at the Centre. With the IR beamline scientists will have a much brighter source which will provide them with far more accurate data.

“I congratulate Giorgio Paolucci, Gihan Kamel and all the SESAME staff, as well as Paul Dumas of Soleil, for having worked tirelessly to achieve this great success and cross another important milestone for SESAME”, said Khaled Toukan, SESAME Director.

The President of the SESAME Council, Rolf Heuer, added “I know that the Council will be delighted by this news when I announce this tomorrow at the Council’s 32nd meeting”. 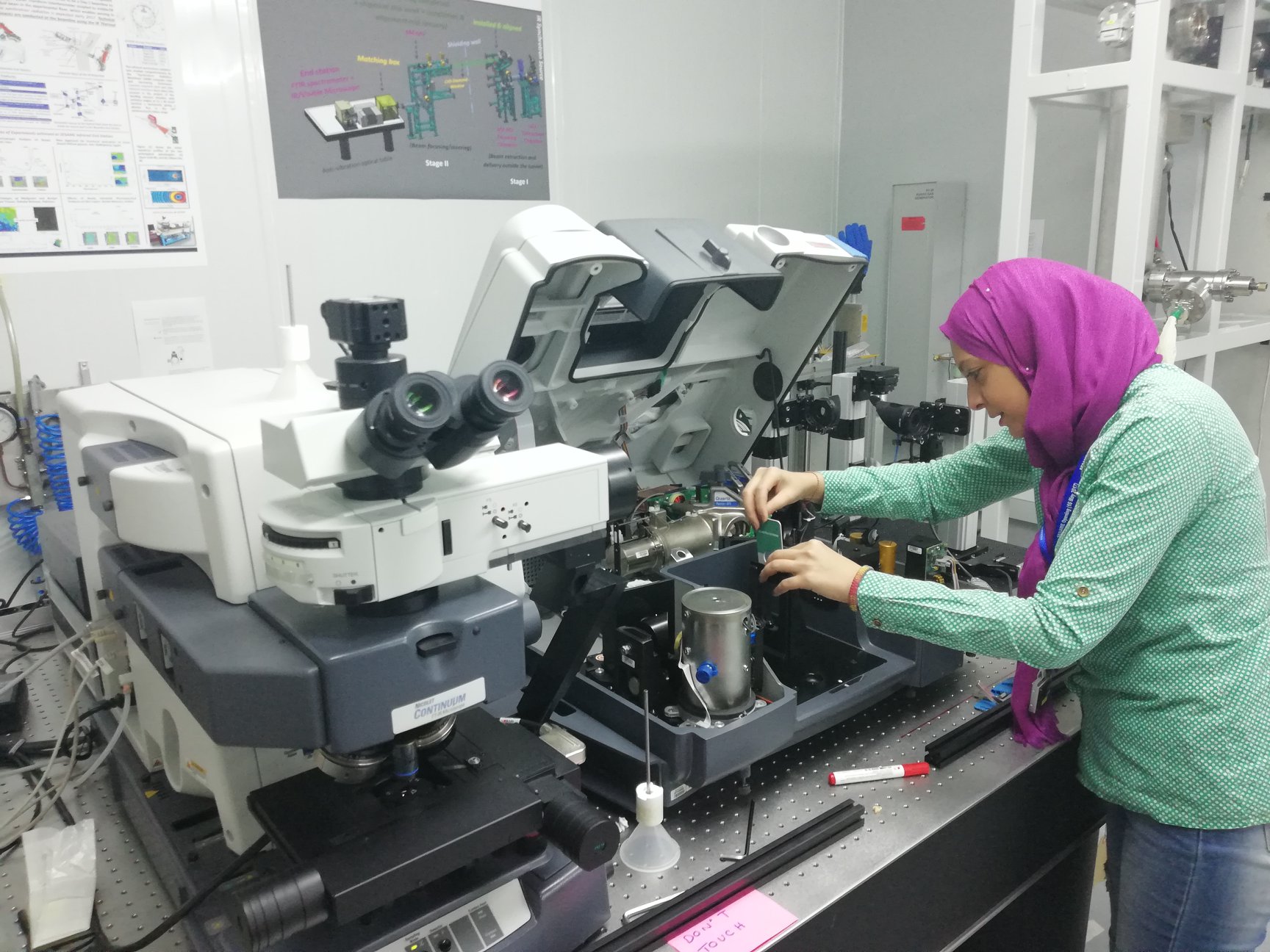 [1] SESAME, which stands for Synchrotron-light for Experimental Science and Applications in the Middle East is an international laboratory situated in Allan, Jordan. Its members are Cyprus, Egypt, Iran, Israel, Jordan, Pakistan, Palestine and Turkey.